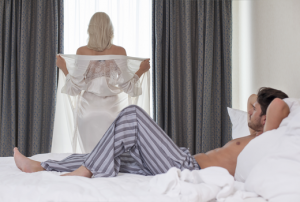 As much as we would rather wish it away, infidelity is an unpleasant fact for many people. Many women have to contend with an unfaithful partner, something that is not only heart wrecking but also psychologically traumatizing. Realizing and having to deal with a partner that breaks your trust in this way is more often than not a daunting ask of any woman.

Interestingly, a large number of cheating men never walk out of their marriages. They may carry on cheating, but they never up and leave their wives. The vast majority of men that maintain the fling for an extended period often eventually terminate the affair. Only on rare occasions do men walk away from their marriages with the other women on their own volition. For the men who do walk away from their wives or partners, it usually comes about from a forced situation such as divorce and separation on the part of the woman.

This is quite intriguing. A common assumption among many women is that if a man is willing to cheat, he is more than ready to walk away from the marriage. This is not the case for most men. However interesting as this may be, it is the interest of many women to figure out why men actually cheat in the first place.

Another aspect that is of interest is why they never walk away from their marriages. Read on and explore the relationship between these two phenomena.

Why Do Men Cheat

One aspect that many women would want to understand thoroughly is why a man would cheat. However, there is no one answer to this topic. The reasons are as varied as the individual characters of men.

Men cheat for different reasons and more often than not, one’s reasons can often be entirely different from another.

See also: How Commitment Works For Guys In Relationships

One of the main factors that lead to cheating in men is insecurities. As long as a man feels that, there is a slight chance that his relationship is destined for doom or that his partner might elope with another man, he may be more likely to cheat. This arises even in the absence of any evidence of this, which is a primary reason why honest communication is so important in a relationship.

Others still claim that boredom and lack of romance in their marriage as the primary drive to cheat on their partners. It is not only women who yearn for excitement and romance in their relationships. Men also crave for it, though they might not air this need as openly as women. Consequently, they tend to seek romance and attention from other women, so that they can meet this need.

You May Also Like: How To Spice Up Your Relationship And Talk Dirty To Your Partner

This category of men includes those who cheat with people they know. For instance, Focus on the Family asserts that over 60% of affairs are initiated in workplaces.

Other reasons for cheating among married men include compulsivity, pleasure and self-destructiveness or a lack of self-control. 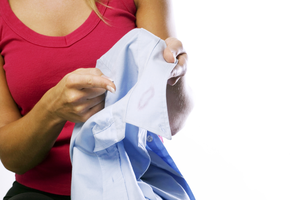 It is not enough to understand why your man would choose to cheat on you. It is also important to know if your husband is cheating. Luckily, the majority of women can figure out when their husbands are cheating.

Aside from that, there will be breaks in his general behaviors, practices, and trends. Most often than not cheating men will pick up new and somewhat unexplained behaviors and practices.

However, bear in mind that these signs do not necessarily mean that he is cheating, so it is important not to become paranoid and start imagining things that are not there, to begin with.

Is It The Wife's Fault Her Husband Cheats?

Experts have asserted over the years that in most cases, a married man does not cheat because of the wives. Instead, as we indicated above, they cheat as a conscious decision based on one of the primary reasons above. The expression that a man is forced into another woman’s arms is just that, an expression. Andra Brosh, Ph.D., a clinical psychologist asserts that this expression is not a fact.

With that being said, however, there are also cases of men cheating on their wives because of resentment that has built up over time. For example, a woman who is over-bearing, controlling or who becomes unwilling to be intimate with their partner can cause feelings of resentment in their husband over time. If this is the case, then the man will not usually cheat out of spite, but due to a lack of the necessary intimacy with his partner or from no longer being in love, but not having either the courage or willingness to leave her.

Why Do Cheating Men Remain In Their Marriages

Furthermore, often an affair can be primarily 'physical' and not necessarily mean that he is in love with the other woman at all. For a man with strong sexual desires, he may still very much love his wife, but he may crave the excitement of something new and different.

Additionally, seeking an alternative life with another woman does not feel right for many cheating husbands. Having started a family, and perhaps even having raised children means that these men have settled into their lives already. This is something that they are unwilling to give up.

Finally, some opt to stay in their marriage just because the troubles that come with the divorce process seem unbearable.

When all is said and done, cheating for many men is a matter of seeking elements missing in their lives, which is why they never leave their marriages. It, therefore, pays for both parties to work on their marriage continuously with honesty, openness, intimacy and good communication.