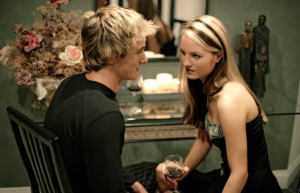 The beginning of a relationship is often just as exciting as it is gut-wrenching. It’s exciting to get to know someone new, to learn his interests, skills, habits, and quirks. It’s exciting to get ready for a date, perfecting everything about your make up and outfit, all while experiencing mild heart palpitations. But, then there are the gut-wrenching parts like walking into his parent’s house with your heart in your throat as you meet his family for the first time. And then, there is the really distressing stuff, like being high on the excitement of it all when suddenly it comes to a halt and you realize he’s pulling away.

So why does this happen? Each situation has to be examined on a case-by-case basis, but there are some common reasons and some red flags to keep your eye out for early on to try to avoid this from happening to you.

Why He Pulls Away When He Starts To Fall For You

He didn’t give himself enough time

The number one reason for the failure of so many relationships is due to the fact that people spend so much time looking for the right person that they forget to spend time nurturing the person that they are, and more importantly, the person they want to become. The biggest culprit to men pulling away is: he didn’t give himself enough time. To try to understand this, ask yourself the following question:

What is his past? As you get to know someone, it’s important to ease into asking questions about past relationships. That’s not to say that on your first date you should be asking how many people he has slept with. In fact, this information will likely only result in negative feelings for you.. so try to skip asking about that all together. But, it is important to know if he has had serious relationships and if so, approximately how many. Has he moved on quickly from one relationship to the next? What about before he met you – when did his last relationship end? Is it possible that he is not over an ex?

It’s important for individuals to allow time between relationships to heal and work on themselves. If you find that he moves on from person to person quickly, this is a sign that he likely falls quickly.. and leaves just as fast. Guys like this aren’t sure of who they are or what they want.

See also: Why guys pull away at the beginning of a relationship

He got what he needed

A reason men pull away when they’re falling in love is that they got what they needed. Men are not typically viewed as emotional creatures, but they are! If it sounds like he may jump from person to person, there is a good chance that he got what he needed from you.

Men need to feel that they are cared for, thought of, and considered. I am not suggesting that you be unkind, but when you drop everything you were doing before he came along and suddenly make him the center of your universe, he is getting everything he needs all at once. Of course, it is important to understand individual needs and tend to them, but as caretakers, we (women) have a tendency to do too much of this too soon. Think about it – if he is easily getting what he needs/wants from us, what does he have to work for?

He is afraid of losing his independence

When a man falls in love, he may realize he’s on the brink of committing to the long haul, which may cause him to be afraid of losing his individuality. This means he might be wondering if he is going to have fewer guy’s nights and more children’s birthday parties to attend. Individuality is an important aspect of any person.

See also: How commitment works for him

He isn’t ready to give up the playboy life

What are his friends like? Are they all bachelors, gallivanting around town, swiping on Plenty of Fish or Tinder? Are they perusing through the nightclubs spotting women to take home for the night? Or are they in healthy relationships? His friends will say a lot about who he is. If they are mostly single, this factor can weigh in on his own decision-making about his commitments (or lack thereof) to you. This is not to say that if a guy has a bunch of single friends that he is automatically unable to commit, but it is a factor to consider in the larger scheme of things.

Related article: 8 more reasons he pulls away after getting close

As humans, we are not meant to be monogamous creatures from a scientific perspective simply because our purpose is to sustain the human population through reproduction. In our social world, a committed relationship typically involves sexual endeavours and reproduction between two people. Veering off of the monogamous path equates to “cheating” in the eyes of many. There are people who are able to have open relationships, but the majority of relationships do not condone having sex with someone else. This can be a fear factor for many men and when they realize that they may be agreeing to have sex with only one person for the rest of his life, this may cause an unsettling level of fear, which could make him pull away.